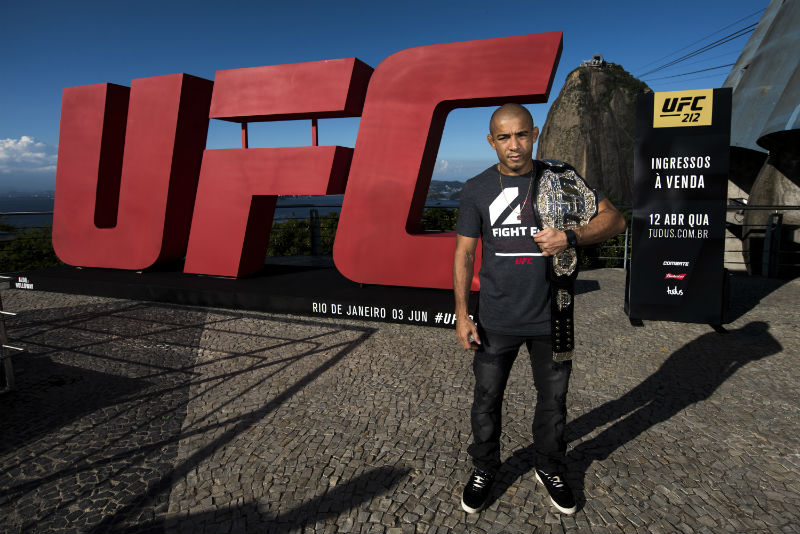 In this stunning, complicated Brazilian city by the sea that pulsates with the spirit of samba, Jose Aldo finds himself completely energized only days before his latest challenge in the Octagon.

His spirits and confidence lifted by the love of his fans and the bosom of familiarity, Aldo sees Saturday’s career-defining UFC 212 main event bout against Max Holloway – a fight that will reunify the featherweight belt and deliver it again to a single champion — as an ode to his beloved home city, his proud country.

They clamor to greet him this week as he walks the streets of Rio, near his resident gym at Nova Uniao and along the sun-kissed beach promenade of Barra da Tijuca where UFC has set up camp this week in preparation for UFC 212 at Jeunesse Arena.

“I like fighting at home, where I have my family and friends, where I live and train,” a relaxed Aldo says, looking comfortable and happy despite the fight week buildup. “You’re already adapted; there is no need to adapt to the time zone, so there is this great side to it. The other positive side is the energy from the fans, all the love that they give. I know that there is going to be a full house at fight night. There is no way this could go wrong.”

Saturday’s main event is a long-anticipated clash between Brazilian jiu-jitsu black belt Aldo (26-2-0) and Hawaii’s multi-strike specialist Holloway (17-3-0). At stake is the UFC’s wayward featherweight crown, which has not had a permanent home since 2015.

For Aldo, finishing this task is a responsibility, to himself and his people. Even though early winter fog often shrouds Aldo as he moves about Rio, passersby instantly recognize his face. There is no other.

THE KING OF RIO

Much like Brazilians revere the late Ayrton Senna and adore Neymar, Ronaldinho and Pele, they embrace Aldo with undying loyalty and loving arms as their son. His rags-to-riches background, and his unmoving loyalty to his hardscrabble favela heritage and respect for its people, stirs the pride and passion of Brazilians who identify with his journey.

All Brazilian sports stars aspire to be the King of Rio. Today, that title belongs to Aldo.

“I think it’s really important to bear this crown. I grew up watching people talking about this, and now being called the King of Rio makes me really happy and flattered, because only great athletes were called this,” he admits. “To me, this is a big motivation. I’m focused, and I know that we will keep this crown for a long time. This is just the beginning.”

„The love I get on a daily basis, just walking around the streets, wherever I go, makes me really happy to defend my belt here in my city.“ — Jose Aldo on Rio de Janeiro

In a country where so much beauty is often disrupted by chaos, Aldo is a beacon of hope. He overcame, he conquered. He stumbled. And he is a champion, again.

“The love I get on a daily basis, just walking around the streets, wherever I go, makes me really happy to defend my belt here in my city,” Aldo says with a huge smile. Defeating Holloway, he believes, is just another chapter to his story. He knows his legacy already is intact.

Saturday before a sellout crowd at what was the Rio Olympic Arena, Aldo insists he reclaim the undisputed 145-pound belt, a title he maintained as the inaugural UFC featherweight champion through 12 consecutive title defenses before losing to Conor McGregor in December 2015.

Those 13 crushing seconds against McGregor, capping a disheartening promotional World Tour that tested Aldo’s patience and pride, brought about a seven-month hiatus from the Octagon. But at UFC 200 in July 2016, Aldo recaptured his swagger with a masterful performance against Frankie Edgar by dominating in the championship rounds to earn a unanimous victory.

McGregor, meanwhile, fought Nate Diaz twice at both lightweight and welterweight and defeated Eddie Alavrez in stunning fashion last November. UFC President Dana White took notice that McGregor had never defended his featherweight belt. He stripped the Irishman of that title and awarded it to Aldo while setting up Holloway vs. Anthony Pettis for the interim championship.

Three weeks after that, Holloway defeated Pettis and the unification challenge against Aldo was eventually set. This will be the first fight of 2017 for both.

In Holloway, Aldo, who is 5-feet-7 inches with an incredible 70-inch reach, sees a worthy challenger: A taller (5-11), quick-punching striker who has 10 consecutive wins since his decision loss to McGregor in August 2013. In that span, Holloway has been incredibly dominant, earning seven stoppages and three fight-night bonuses.

Both prefer standup to grappling, with Aldo relying on a lightning-quick jab and straight right while Holloway overwhelms with an array of hard punches from every direction.

“He deserves to fight for this belt, there is no reason why he shouldn’t,” Aldo says of Holloway, dismissing any pre-fight taunts as part of the game. “I think is going to be a great fight.

“I think the fight styles are kind of similar because both of us prefer to fight standing, but I have an advantage because my ground game is better. Not only better than his, but better than a lot of fighters from the weight class. That helps me a lot. He might have the height, but I have the reach. There is not much of a difference.”

A CHAMPION BEGINS HIS JOURNEY 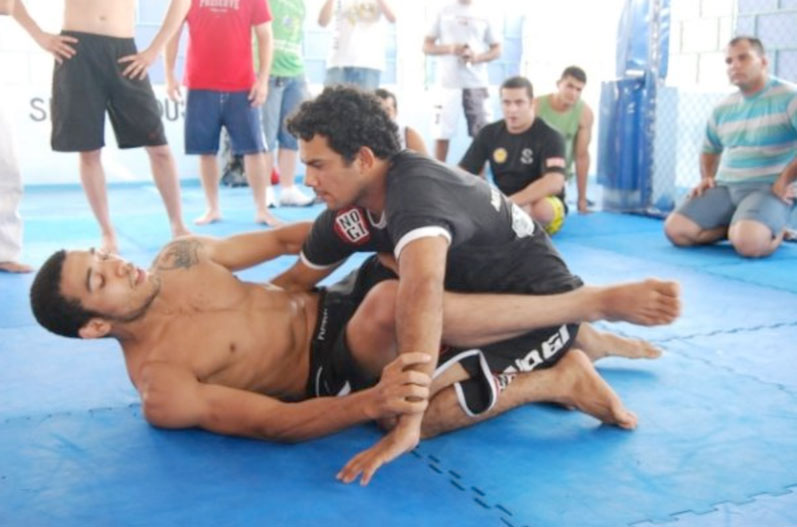 He arrived here alone here at age 16, the son of a bricklayer who struggled to support the family, urged by his boyhood jiu-jitsu coach Marcio Pontes to leave behind his passion for soccer and Capoeira in his birthplace of Manaus, Amazonas in order to pursue a living with his fighting talent.

“I have this philosophy that there’s no such thing as knowing if someone will succeed or not just by looking at them, but with time I realized Aldo was different from the others,” Pontes says. “He was always methodical in everything he wanted to do. He wouldn’t only stay at my gym, he would wake up at 7 a.m. and learn from other masters and also made sure he would train afternoons and evenings. It was inevitable he would become this (star).”

But Pontes knew he had to let Aldo go.

“Aldo was born fated, he knew he was gonna be different. He was finishing studies and said he wanted to fight for a living. I explained that Manaus wasn’t the right place to make a living out of the sports, told him he should go to Rio de Janeiro,” Pontes recalls. “He made some money in local jiu-jitsu tournaments, we helped him and he went to Rio with 150 reais and a one-way ticket.”

THE FAVELA MAKES YOU STRONGER 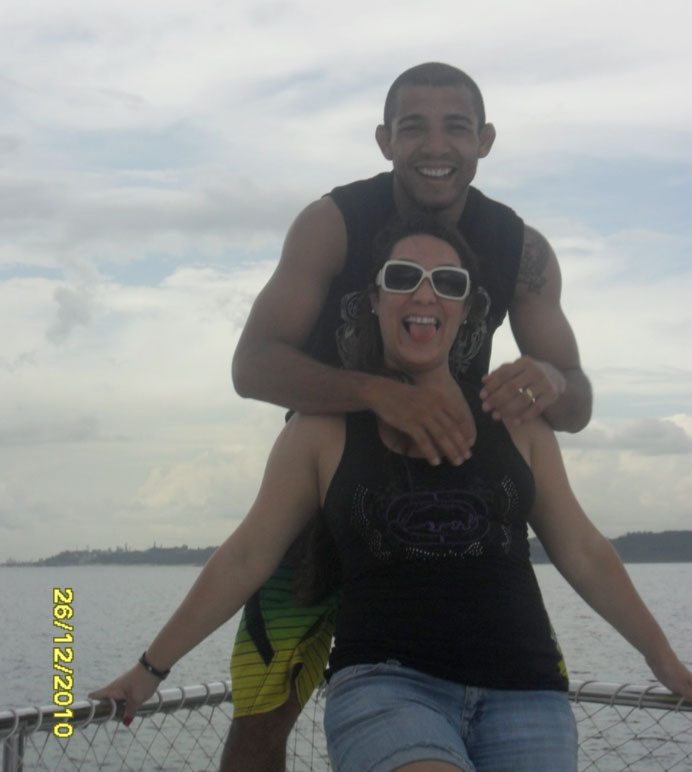 In Rio, that meant sleeping where he could. And his life in the Santo Amaro favela was complex; the strong sense of community was often shattered by omnipresent crime, drug dealing, violence and abject poverty. Aldo’s fans know that he survived this turmoil, married his wife Vivianne there and took them both from the favela through talent, hard work and desire.

His path has been made into a movie “Stronger Than The World: The Story of Jose Aldo” and his fame among Brazilians has never been greater. He relishes their need to believe in him.

“If I’m walking down the street and someone approaches me, it means I’m doing a great job,” Aldo says. “I’m really chill about that. They say I’m the People’s Champ because I’m always hanging with everyone, chatting and joking, and that shows that I’m the real champion.”

For Pontes, the man fighting on Saturday is no different than the impoverished but talented boy who needed his help many years ago in Manaus.

“Today it is easy for anybody to talk about Jose Aldo, the world champion, the sports icon. But the most important is that he kept his nature, he was always focused in his goals. He managed to conquer the world, he changed a lot of people’s lives and he’s still the same person,” Pontes says.

Aldo’s humility never strays. And that will help drive him to victory against Holloway, the coach and the fighter both agree.

“As a person, I’m still the same. I’m still the same guy that does the same things,” Aldo says. “I think every fight had it’s own history. But I think that since I’m fighting at home, I give more of myself. About the opponents, they are all different stories. I knocked out one fast, the other one ended in the fourth round, and the other got to the fifth. None of this interfered with the will that I had to fight on each of those nights. 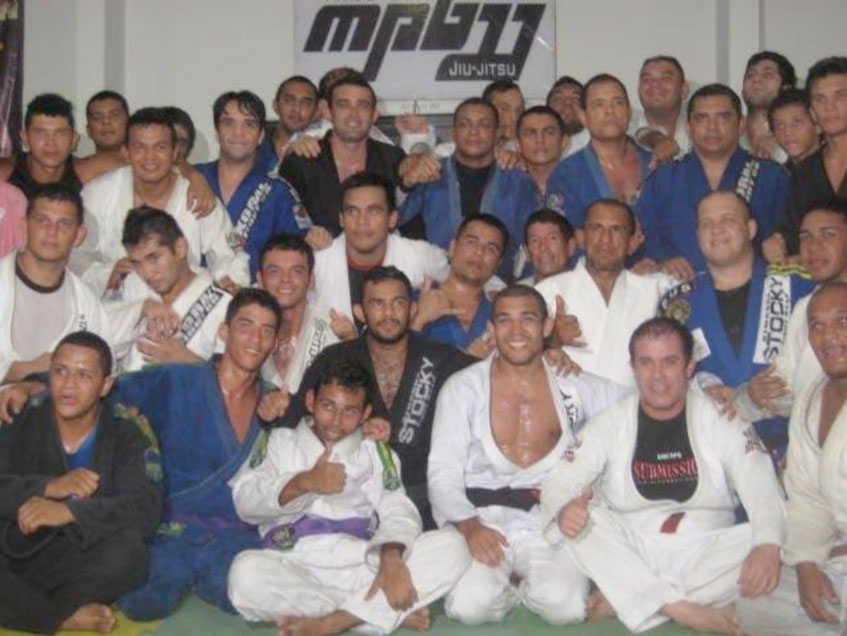 Says Pontes, proudly: “He makes sure he can help everyone that helped him, even the boy who brings him water in the gym matters to Aldo. I knew he would be a notable fighter, but I honestly couldn’t imagine he would get this far.”

The fighter may hold the belt, but the coach? He holds his own prize, his student’s success, very close to his heart.

“Aldo used to pass in front of my gym in a very old bike wearing very old flip flops, each one of a different color. Now you look at the past and see how far this guy has come,” Pontes says. „That’s priceless. I’m very happy for everything that has happened to him.”

Everything From Season 6 Of Dana White’s Contender Series

Updates To UFC 276: Adesanya vs Cannonier

Everything From Season 6 Of Dana White’s Contender Series